Gone are the days when people considered video games a “waste of time and money”. Now it’s recognized as one of the fastest-growing businesses in the world, and people have started to see the benefits of esports.

The popularity of esports is only growing and it has become impossible to ignore it!

Researchers have shown that playing esports can be beneficial in a lot of ways. This is why the culture of e-gaming is increasing rapidly throughout the world.

Studies show that gamers are more responsive and receptive than people who don’t play at all.

According to the PlosOne journal research done on Super Mario players shows that gaming helps in the better functioning of the part of the brain which controls reflex activity and muscular activity.

It also improves hand-eye coordination. It means that gamers are better able to do activities that take in information through visuals (eyes) and guide their hands to carry out a movement. 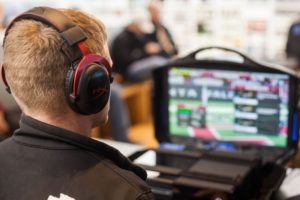 During a game, gamers need to make quick decisions. It requires players to take in information, process it, analyze it, and make decisions, all within a time span of a few seconds.

Gaming also demands to think from the opponent’s perspective. Gamers have to make a plan while keeping in mind their opponent’s weaknesses and strengths.

Making quick and strategic decisions is the key to winning any game!

According to research conducted by the National Center for Biotechnology Information (NCBI) America, expert gamers often outperform non-players on basic attention and performance grounds. They usually have a longer attention span and good photographic memory.

Above mentioned study also shows that expert gamers and non-gamers differ from each other on the basic cognitive skills as well. The gamers are better at short-term memory and more efficient at switching tasks.

Since they’re more focused, they perform better in schools as well.

If you’re a gamer in a team of any educational institution, you’ll be recognized as an athlete and granted esports scholarships.

According to a gaming industry analysis company Newzoo, the global eSports revenue has seen a rise of up to 27% in a year. It means that the prize money available for the winners is increasing dramatically.

The winners can earn up to $200,000 in a single game. Some global competitions, like Dota 2 or FIFA, can help the winning team earn up to $10 million.

During the lockdown, Kafu Games brings you online tournaments. Join the tournaments of FIFA, PUBG, and Overwatch to win prizes up to 25,000 SAR. 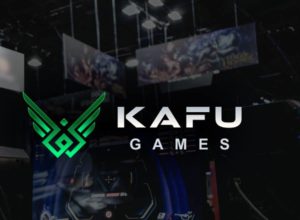 Social skills are important to function in any society.

While playing, gamers have to interact with their teammates and coaches which helps them in the development of their personality.

They learn to refrain from interrupting others and learn to share their ideas effectively.

Participation in esports provides an environment to learn and practice these important skills.

Multi-tasking is one skill that generally everybody aspires to have.

According to Science Direct research, multi-tasking ability can be improved through video games.

With practice, gamers are able to do different actions with each hand at the same time.

Esports is a pastime with entertainment and fun.

Who wouldn’t like the idea of earning while playing without getting hurt? Huh?

Execute the benefits of esports! Join the community of gamers and stay updated with Kafu Games.