The Best Mysterious and Unique Places in Saudi Arabia 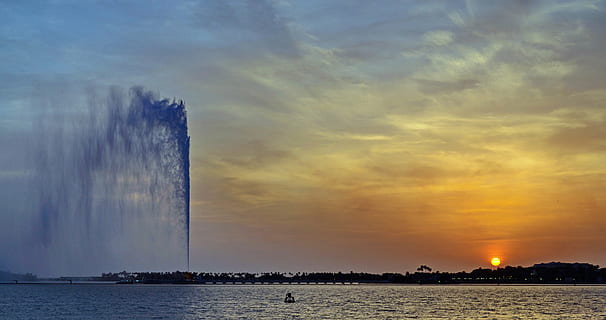 “Take chances, explore and find new adventures because no matter where you end up, it will always be exactly how it was meant to be, trust me, it will be worth it and you will feel it, and if you don’t, then your journey isn’t over yet”

The contrasting images of the modern city and the cultural heritage & architecture of the Kingdom of Saudi Arabia will take you on an incredible journey into the majestic ancient era. The magical azure waters of the Red Sea call out to the soul and effortlessly your mind aligns with the rhythm of the universe. There is an air of mystery in the golden sands of the deserts, the enchanting winds whisper to you the stories of a magnificent past. You can witness unbelievable mountain sceneries and spectacular heritage villages. Why Saudi Arabia? Well, It’s not just culture, it’s a lifestyle. It’s not just traditions, it’s value. I try and write so that I can encompass, even if just a speck of the glorious features of the kingdom and I try to justify its beauty, but all boundaries simply cease to exist. I am left with a never-ending desire to capture and present the Arabian wonders and all I can say is that there is always more than meets the eye!

Just imagine! Taking in a breath of fresh and cold air in the midst of peaceful silence where it’s only you and the melody of nature, would Arabia ever be the first thought to cross your mind? To walk in the midst of clouds is a dream for many, it’s real for those who visit here!

Along the impressively high cliffs of the Sarawat mountains, Al-Bahah and Baljureshi will offer stunning viewpoints on the cliffs of Al-Bahah Province, historical and traditional sites, and satisfying green parks. The city of Al-Bahah will welcome you to a marvelous sight of its finely detailed and picturesque old villages. Although these traditional buildings are now unoccupied, the local residents are proud to see that the visitors are keen on acknowledging skilled carpentry and their glorious ancestral past.

This souk distinguishes itself as most vendors are locals from the Tihama coastline. All the goods and crafts sold in the souk have been developed by local suppliers and include items such as basil, household items, textiles, livestock and so much more

Baljureshi presents one of Al-Bahahah’s most intense views. In fact, from the park located on the base of the majestic rock formation of Jabel Heznah, the panoramic view of the scarp that separates the Mountains of Sawarat from the Tihama plain is simply breathtaking. If you are adventurous in your approach, a climb to the top of the majestic Jabel Heznah will be the perfect activity for you at the end of which you will be rewarded by the highest viewpoint of the entire province.

One of the most famous attractions here is the fish market located on the west of the Corniche and offers at least 50 species of freshly caught sea creatures from the Red Sea, ranging from hammerhead sharks to groupers, shrimps, parrotfish, and squids. Besides the seafront is the beating heart of the city.

Ancient Jeddah people used to build their homes with coral stones collected from the coastal reef along the shores of the Red Sea, while purified clay from the depths of the two Al-Mangabi and Al-Arbaean lakes were used to cement coral stones. The clay was also used to protect the soils and roofs and lower coral walls. There is also some very old traditional architecture in Balad.

Najran city is famous for its two palaces, Emarah and Al-Aan, which are inevitable landmarks and brilliant examples of the province’s traditional architecture. The old streets of  Najran traditional villages like Abu As-Su’ud is a delightful experience that will take you back in time. Another artistic feature of Najran’s traditional houses is the sleek crenellations on the top of the walls, which gives the silhouette of these rectangular buildings a strong impression of lightness. It is truly an aesthetically pleasing sight.

The province of Qassim is home to some of the most symbolic attributes of the Arabian cultural heritage, not only with its iconic date festival but also with many other festivities, rural villages, and museums that have kept Arab customs and lifestyles intact.

Owing to its hard, rocky terrain, it is a very remote area with soft sand fields that dictate slow progress. It’s also full of dead ends, so it’s just for experienced drivers! It is strongly recommended that you go with a guide who knows the way!

Another interesting fact is that Madyan is the land where, after fleeing from Egypt, Prophet Musa (as) spent ten years in voluntary exile. It is also believed that they reached the land of Madyan at Tayeb Al-Ism when he brought the people out of Egypt through the Red Sea, which is the reason why it is also called the Valley of Musa.

A mystical aura escapes through the sands which reflect the hue of the sun and brings forth destinations that smash stereotypes of Arabia simply being a desert landscape! This list of mysterious, unique, and interesting places will definitely broaden the horizon of your imagination.  Saudi Arabia – truly a magical place, a diamond in the rough!